Heat stress from high environmental temperatures can be compounded by mistakes in managing and feeding cows. Water is the first concern during periods of high temperatures. Water physical properties (heat conductivity and latent heat of vaporization) help transfer heat from the body to the environment. Dry matter intake of lactating cattle is affected when ambient temperatures are outside of the cow’s “comfort zone” (5 to 25 ºC). When ambient temperatures increase beyond 25 ºC, the cow typically reduces intake and as temperatures continue to rise it can finally go off-feed.

Dry matter intake can decrease by around 150 g of feed for each degree above 25 ºC. This is just a physiological mechanism by which the cow attempts to reduce the heat increment that results from feed fermentation and metabolism. Heat is produced as a result of microbial fermentation in the pre-stomachs. Low quality, stemmy forages generate more heat of fermentation, contributing to the animal’s total heat load.

When ambient temperatures are high cows need to maintain their body temperature within biological limits compatible with life. Her options are limited. She can drink more fresh water (water evaporation from the body dissipates heat). She can look for cool spots like ponds, shade, and places with good air circulation, or she can decrease her dry matter intake. During severe heat stress, total intake and milk production may decrease by more than 25 percent. It is estimated that for every 1-kg decrease in dry matter intake 2 liters of milk production are lost. Some responses of cattle to heat stress, such as panting, may increase heat production in their bodies. Other changes, such as reduced dry matter intake, selective consumption (higher energy dense feeds), reduced activity, reduced metabolic rate, and cooling strategies, will reduce heat production. Granted, changing the environmental temperatures has its costs, with the electricity spent in operating fans and misters to cool cows adding to the total operating costs particularly in warm climates.

High-quality forages are digested faster and result in less heat being produced. Therefore, whenever feed intake decreases due to heat stress, consider enriching the ration. Energy is a concern, as most of it is derived from the fermentation of forages within the rumen. Increasing the energy density might require greater amounts of concentrate and/or byproducts. But keep in mind that shifting the grain/forage ratio may increase the risk of not having enough rumen effective fiber to optimize rumination. When the rumen mat formation is inadequate, saliva production decreases as a result of less chewing activity. This decreases rumen pH and allows more grain to be fermented in the abomasum and intestines. Adequate particle size and the use of buffers such as sodium bicarbonate are critical in these rations to minimize the risk of digestive disorders such as acidosis and displaced abomasum.

More recently other nutritional interventions have been proposed such as the use of Betaine (trimethyl-glycine), which has been reported to have functions in decreasing the effects of heat stress and increase milk production. Betaine is a methyl donor which reduces the susceptibility of rumen microorganisms to stress. The mechanism has been proposed to be by reducing energy expenditure, and thus the heat increment while maintaining the osmotic balance in cows under heat stress.

Effects of adding betaine to cow’s feed under heat stress

The experiment was conducted during the summer and lasted two months. The average temperature–humidity index of the barn was 72 and above reaching a maximum of 88.7.

Cows on Bet15 had higher intake, milk protein and fat than the other two groups. This group also had higher concentrations of rumen volatile fatty acid compared to the control cows. There was also a similar trend in acetate production, with propionate showing the opposite trend. The microbial protein concentrations of the Bet15 cows also increased when compared to the other two groups.

The apparent digestibility of dry matter, organic matter, crude protein, neutral detergent fiber, and acid detergent fiber of the Bet15 cows was higher compared to the control. Supplementation with betaine increased the blood serum antioxygenic capacity of both Bet15 and Bet30 supplemented cows. The concentrations of malonaldehyde and superoxide dismutase in Bet30 cows were higher compared to the other two groups. Cows on Bet15 also had higher serum concentrations of glucose.

The results of this experiment show that supplementing the diet with 15 g and up to 30 g of betaine can be a useful complementary strategy to allow cows to better cope with the effects of warm weather. 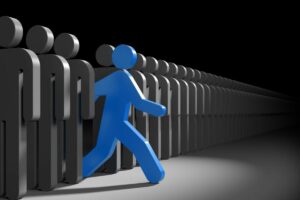 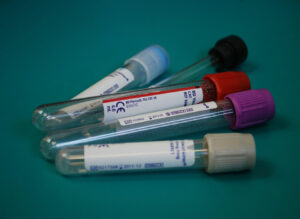 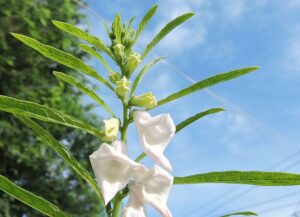