Annual reports from the International Embryo Technology Society (IETS) indicate that global use of embryo transfer has skyrocketed in recent years. To get a rough idea of the importance of this technique, in 2016 more beef embryos were transferred for the first time than had been produced that year, for a total of 666,000.

High levels of progesterone are required to produce and maintain a pregnancy in female mammals, including cows. High concentrations of this hormone increase the size of the embryo and the production of interferon-tau, while a decrease in its levels between days 6 and 11 after artificial insemination has the opposite effect.

One of the strategies to increase the concentration of progesterone and improve pregnancy rates after artificial insemination in cows is the administration of human chorionic gonadotropin (hCG). However, studies in which hCG or gonadotropin-releasing hormone (GnRH) has been administered following embryo transfer to create an accessory corpus luteum and increase the amount of secreted progesterone, are not so clear of its advantageous effect: some have documented an increase in progesterone and pregnancy rates while others have not.

The problem is that the change in follicular dynamics caused by the ovulation induction resulting from a treatment with GnRH or hCG can also alter the time of luteolysis and this could play a role in impairing fertility. The key is to find the optimal time to administer these hormones so that they effectively stimulate pregnancy in cows that have received an embryo transfer.

Following this reasoning, a study published in Theriogenology aimed to assess the effect of administration of 200 mg of GnRH on the fifth day following the application of an ovulation synchronization protocol, on the formation of an accessory corpus luteum, the concentration of progesterone, the size of the embryos and the fertility of heifers undergoing an embryo transfer.

The study included a total of 1,562 heifers (17.6 ± 2.9 months of age) synchronized using the following CIDR-Synch protocol (where D is the day GnRH was administered):

On D+5 the heifers were randomly divided into two groups, one untreated (control) and one receiving another 200 mg of GnRH. They all received fresh seven-day embryos between days D+6 and D+8. Pregnancy status was tracked by transrectal ultrasound on days D+5, D+33 and D+60.

In addition, on D+12, 718 heifers were scanned to check for ovulation, induced by the Treatment of GnRH; on the day D+33 an ultrasound was performed that was recorded on video at 295, to determine the sizes of the embryo and amniotic bladder. In addition, serum progesterone levels were determined on days D+12 (in 467 heifers) and D+21 (in 837) and pregnancy-specific protein B (PSPB) on day D+28 (in 843).

The main findings were as follows:

In conclusion, treatment with GnRH on D+5 day following the synchronization protocol used in this study resulted in ovulation and the formation of an accessory corpus luteum, increased circulating progesterone levels and a reduction in pregnancy loss in heifers transferred with embryos in the expanded blastocyst stage, but not in those receiving embryos at the blastocyst stage.

Youngstock
Which is the upper critical temperature-humidity index for dairy calves? 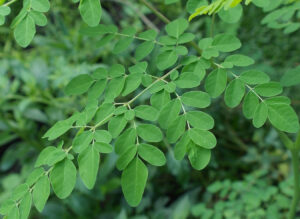 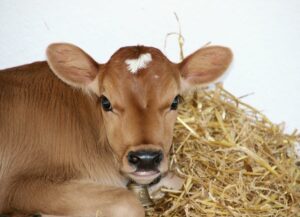