Bovine leukemia virus persistently infects cow lymphocytes with an infection that lasts throughout the life of the animal. In 70% of infected cows it does not cause disease and goes unnoticed (sub-clinical), but under some conditions, like when the immune status of the cow is compromised, this permanent infection can recur and produce a disease called enzootic bovine leukosis.

In many cases, clinical manifestations of bovine leukemia virus infection do not go beyond reductions in cow longevity or milk production. Regardless, it is a virus that produces large economic losses, especially because it is asymptomatic and goes unnoticed.

Some animals develop the disease under several forms. One is a persistent lymphocytosis (30% of cows), which consists of raising blood lymphocyte counts with virtually no other apparent symptoms. Some adult cows (about 0.5 to 1% of infected animals) usually 5 to 8 years of age develop a tumorous form or multicenter lymphosarcoma, which is fatal. In addition to causing mortality in sick animals, lymphosarcoma also results in economic losses from condemned carcasses at the slaughterhouse.

In some regions of the world, including the European Union and New Zealand, the disease is eradicated. However, it is still present on many farms in the US and is considered an infectious disease that causes significant economic losses and should be considered in control programs.

Bovine leukemia virus is transmitted between animals through blood and secretions containing infected cells; this is typically caused by sharing needles in vaccination procedures, serial blood extractions, arthropod bites (described in the US and Japan mainly during hot weather), and transmission through colostrum administration is also possible because of it being rich in white blood cells that contain the virus.

The detection of the disease is performed almost exclusively by serology in blood or milk samples. After becoming infected, cows develop a detectable degree of antibodies (seroconversion) around 2-8 weeks, although sometimes it can be up to 3 months. However, the results should be interpreted carefully, as antibody titles can fluctuate over time.

During lactation, cows are influenced by stressors that cause immunosuppression, with decreased dry matter intake and negative energy balance being the most important occurrences. Immunosuppression makes cows more susceptible to infections, including bovine leukemia virus. Immunosuppression can cause virus titles to drop during postpartum and the beginning of the lactation, as has been observed in some studies. In addition, lymphocyte counts fluctuate during the production cycle, including dry-off and at calving.

There are few studies that have quantitatively assessed how antibody titers against the bovine leukemia virus change, as well as lymphocyte counts throughout lactation, which would be very useful to improve detection, prevention, and diagnosis. A study (Wisnieski et al., 2020) set out to investigate how both parameters were modified starting at dry-off and during the transition period up to the beginning of lactation, and by parity. In order to perform this, the antibody titers against the bovine leukemia virus were measured at dry-off, at three weeks pre-calving and at 7-10 days in milk.

At dry-off, the total percentage of positive cows (prevalence) was 38.9%, increasing to 43.6% pre-calving with a slight decrease to 43.0% at 7-10 days in milk. These results may indicate cows may have an increase in susceptibility to bovine leukemia virus infections due to the stress during drying. Another possible explanation for this increase in the prevalence at dry-off could be a normal increase in antibody concentration and not an indication of new infections; changes in antibody concentrations have been reported at dry-off and at the onset of the lactation (especially by the transfer to colostrum).

No statistically significant differences were observed in lymphocyte counts in the three periods in which samples were taken among cows positive for the virus. More in-depth studies would be needed to monitor the evolution of lymphocyte counts in relation to seroprevalence, parity, and the moment of the lactation, establishing more specific cut-off points.

This study concluded that the prevalence of bovine leukemia virus appears to increase from drying to pre-calving and that cows with higher lactation numbers were more prevalent and more likely to seroconvert during this period. Further studies would need to establish lymphocyte count monitoring measures and tools according to parity to assess infection status. 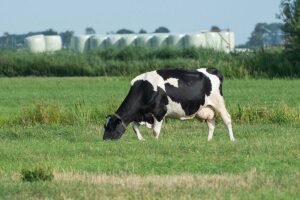 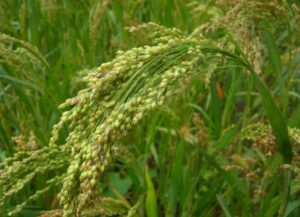 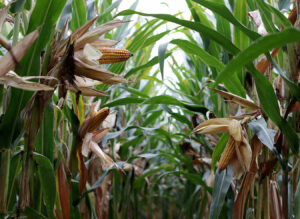