Pathogenic fungi are opportunistic organisms that grow on plants and seeds. They usually target stressed or damaged feedstuffs, when the conditions for their proliferation (e.g. ambient temperature, moisture) are right. The three main genera of fungi that pose challenges to livestock production are Aspergillus, Fusarium, and Penicillium.

As part of their metabolism these fungi produce mycotoxins which can affect animal metabolic pathways in different ways, and ultimately result in the death in more susceptible species and/or individuals. The Fusarium genus is usually very prevalent in feedstuffs and forages with a very well-known toxin of this group being deoxynivalenol (DON; vomitoxin).

Affected animals show different symptomatology after consuming contaminated feed, such as gastrointestinal issues, diarrhea, suppressed immunity and an overall impaired performance. Effects on the gastrointestinal tract include increased permeability of the epithelium which allows for toxins to enter the circulation and fluid going back into the lumen.

Circulating fumonixin toxins are toxic to cells, particularly in the liver and kidney, and are also known to impair the immunological function by affecting pathways which have not been well described yet. One recently proposed mechanism has been the impairment of the inflammatory response needed to recognize the mycotoxin itself. It has been suggested DON has an effect downregulating the Myeloid Differentiation Factor 88 (MyD88), an essential adaptor molecule for most Toll-Like Receptors (TLR), which mediate the induction of inflammatory cytokines.

At the present time little is known about the effects of these mycotoxins on circulating white blood cells. Ruminants of course have an advantage compared to non-ruminants because of the characteristics of their digestive system. Fermentation in the rumen acts as a detoxifying chamber to a variable extent for plant anti-nutritional factors as well as fungi mycotoxins.

One example is DON which is transformed to the less toxic metabolite deepoxy DON (DOM-1), within 24 hours when incubated in rumen fluid. Other mycotoxins can bypass the rumen-reticulum unscathed or are converted into metabolites that retain biological activity. One example is aflatoxin B1 which can be partially degraded in the rumen to aflatoxicol (toxic) and then absorbed and transformed in the liver to aflatoxin M1 (toxic), which can show up in milk.

A recent experiment (Gallo et al. 2020) was conducted to research the effects of mycotoxin concentrations commonly found in dairy feeds, such as deoxynivalenol (DON) and fumonisin B1 (FB1), and their impact on performance, digestibility, milk quality, and plasma liver enzymes in dairy cows. The product use as mycotoxin deactivator was based on bentonite (dioctahedral montmorillonite).

A total of 12 lactating Holstein cows were assigned to a 3-period × 3-treatment Latin square design. The experimental period consisted of 21 d of mycotoxin exposure followed by 14 days of washout. During the treatment periods, the cows received one of 3 diets:

Milk production and quality of the curd for cheese making

Interestingly, the MDP diet showed slightly lower expression of genes associated with immunity and inflammatory response, which confirms the negative effects of the Fusarium mycotoxins on immunity.

Results of this experiment are very important since they showed that the presence of deoxynivalenol and fumonisin B1 even at concentrations below the guidelines of the FDA and the European Union, negatively affected digestibility, milk yield, milk rennet coagulation properties, immunity and some liver enzymes which suggested some hepatic damage.

A protective effect of the use of a mycotoxin deactivator was demonstrated particularly as it relates to diet digestibility, quality of milk (clotting), and immune-metabolic responses in lactating cows. 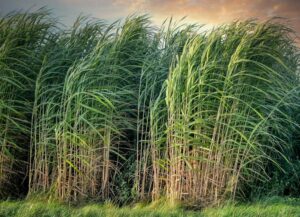 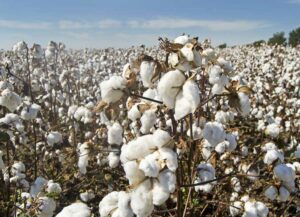