Using nano-montmorillonite modified as a mycotoxin adsorbent in dairy cattle

Mycotoxins are secondary metabolites produced by various species of fungi synthesized at the end of their exponential growth phase. Their presence ins in ruminant feeds can reduce growth, feed intake and negatively impact feed efficiency. In addition, they can also challenge the immune system and cause considerable economic losses.

To prevent mycotoxin contamination of feeds, preference has been given to the inclusion of montmorillonite (main constituent in bentonite) modified by a cationic surfactant to improve the adsorption capacity of mycotoxins. Reasons for this preference are its small particle size, special layered structure, porous properties and its strong ion exchange capability.

The most toxic and frequent mycotoxins in dairy cattle feedstuffs are aflatoxins B1, zearalenone and deoxynivalenol. Supplementation with non-nutritive mycotoxin-sequestering agents such as the use of nano-montmorillonite (NMT) is effective in mitigating the impact of mycotoxins in feeds. A recent study (Zhang et al., 2020) evaluated the adsorption of secondary metabolites by including modified nano-montmorillonite on rumen fluid in dairy cows. Nano-montmorillonite with a particle size ≤25 µm was modified by cation exchange with stearyl trimethyl ammonium bromide, and then dried and ground to <75 µm particle size.

Scanning electron microscopy showed a characteristic schistose structure, layered structure with cracks and a flat, smooth surface typical of NMT morphology. The inclusion of modified NMT however, showed a porous structure of small particles and thin sheets with irregular protrusions, which could affect the improved texture properties of the adsorbent.

The N2 adsorption–desorption isotherms of NMT and modified NMT were characteristic of mesoporous materials with capillary condensation, classified as type IV and hysteresis loop type H3 which was beneficial in promoting the entry of mycotoxins into the porous structure and increasing adsorption efficiency. The elemental content of C, H and N was higher in the modified NMT (15.59, 3.88 and 0.84%) compared to NMT (4.27, 1.09 and 0.37%).

The surface characteristic when including NMT, showed a specific surface area and a pore volume (35.32 m2/g and 0.10 cm3/g, respectively) greater than the inclusion of modified NMT. Furthermore, the pore size when including NMT was lower compared to the modified NMT (5.85 and 7.16 nm, respectively). The separation between layers when NMT supply was 12.9 Å, unlike an expansion when modified NMT supply was 21.9 Å, by means of an X-ray diffraction patterns.

The thermogravimetric curves and the loss of mass of NMT and modified NMT showed a drop-in weight (20.5% and 30.1%, respectively) immediately upon heating between 25 and 800 ºC. The kinetic curves for the adsorption of aflatoxin B1, zearalenone and deoxynivalenol on NMT and modified NMT showed greater adsorption capacity to the three mycotoxins when modified NMT was used instead of NMT. Nano-montmorillonite showed the highest capacity for adsorption to aflatoxin B1, followed by zearalenone and deoxynivalenol.

The researchers concluded that the modified nano-montmorillonite is an easy to prepare adsorbent, that increases the adsorption capacity of aflatoxin B1, zearalenone and deoxynivalenol in dairy cattle feeds.

Economic impact of moving from a dry lot system to a compost bed system on dairy farms
PrevPreviousAlternative forages: a sustainable strategy for dairies in Northern Mexico
NextEffect of treatment of wet brewers’ grains on microbial growthNext 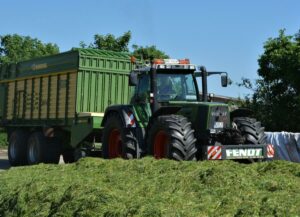 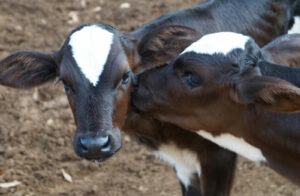