Which alternative forage legumes can be grown if alfalfa production is not acceptable? Forage legumes are important feed components of dairy cow diets. When harvested timely, they add critical nutrients such as protein, energy, and minerals, which help balance the ration while reducing the need for expensive supplements. Since the early days of modern livestock production, when it comes to supplying quality nutrients, alfalfa (Medicago sativa L.) has been labeled the “queen of forages”.

There are however some limitations to its production depending on the region and soil pH. In north-central Mexico for example small grain cereals such as oats, barley, wheat and triticale are used as alternative crops to alfalfa during the fall-winter cycle. One of their disadvantages are their lower crude protein content at harvest time, together with their lower digestibility.

There are other legumes however that can compete fairly with alfalfa and produce not only quality forage but provide an alternative to use in different environments. One such forage is the common vetch (Vicia sativa L.) which not only supplies valuable nutrients such as protein and more digestible fiber, but also helps improve soil structure and fertility. This plant is useful not only for dairy cow feeding but also in other livestock production systems such as beef cattle as well as small ruminants. There is a need however to better understand its management under different regions and conditions.

Advantages of feeding vetch as an alternative forage legume

Vetch has traditionally been used for grazing and hay production with the advantage of tolerating lower temperatures (-10 °C) before going dormant. It also has the same nitrogen-fixating properties when compared to alfalfa which makes it an excellent forage alternative and even a companion crop to cereals in relatively poor soils.

A recent study conducted in Mexico (Sánchez-Gutiérrez et al., 2020) evaluated common vetch yields of fresh and dry forage, as well as its nutrient concentration during the fall-winter season. During the duration of the experiment there were only 29.7 mm of rainfall which represented 42% of the average rainfall during that season. Average ambient temperatures ranged between 12.4 and 21.8 °C. Soil type was sandy loam with a pH of 7.

Vetch was sown directly in the soil at 80 kg per ha, with rows (double seed lines per row) separated by 0.76 m. Irrigation was through a surface strip system. Initial fertilization was with 60-60 N:P. Harvesting was every 14 days, starting 47 days after sowing. Fresh forage yield was estimated by harvesting the biomass at 5 cm above ground surface. Dry forage yields per hectare was calculated based on fresh forage yields and dry matter (DM) percentages.

Senescent leaves and flowers were first observed after day 103. Pods were only observed at the last harvest date (day 117). Crude protein decreased after 60 days, then remained between 27 and 29% until day 103, and then reached its lowest (20.7%) at day 117.

Under the present experimental conditions during the fall-winter cycle optimal harvest date was approximately at 100 days post-sowing, right when dry forage yield levels-off and protein content starts to drop. Dried yellower leaves began to show up at day 103. The green leaf fraction DM yields were always higher than the stem fraction yields. This is a good indicator of both forage quality and potentially intake, since it has higher protein and lower fiber (NDF) concentrations.

Best harvesting time for common vetch was 100 days after sowing

Results of this experiment showed the best harvesting time to optimize yield and feeding quality for common vetch was approximately at 100 days after sowing. This is generally coincidental with the appearance of flowers and the highest crude protein content.

Six vetch varieties currently exist in the Zacatecas region of Mexico with yields higher than the vetch lines sold in Mexico. Future research needs to identify the best variety for monocrop culture, as well as those more suitable as companion forages with small grain cereals. 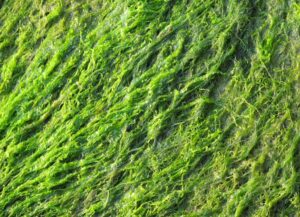 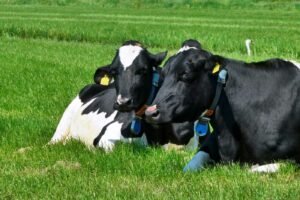 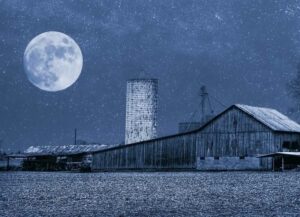