Healthy, productive cows are the cornerstone of profitable dairy farms, and it is the adequate management during the transition period that defines the overall lactational response and health of dairy cows. Changes happening during this period are the result of body changes, shifting hormonal balances, and nutrient requirements.

Hormonal changes during this period reduce appetite, which is combined with the fetus partially occupying the room previously destined to the pre-stomachs. The sudden onset of lactation right after calving leads to drastic changes in nutritional demands particularly to supply nutrients for colostrum and milk synthesis. All these changes result in the need of the cow to mobilize body reserves to account for the reduced nutrient intake.

From a biological response perspective, it is the mobilization of body fat stores that is the most impactful physiological change in the dairy cow. The appearance in blood of non-esterified fatty acids and subsequently beta-hydroxybutyrate are consequences of this mobilization. Excessive ketone bodies in body fluids, reflect this degree of fat catabolism, and contribute to reduced appetite and decreased milk yield.

When ketone bodies concentration in blood exceed certain limits both subclinical and the clinical ketosis can manifest in cattle. One approach to improve this condition has been to artificially supplement gluconeogenic precursors to provide energy, without the need by the animal to mobilize fat excessively. It has been demonstrated that these precursors stimulate gluconeogenesis, increase plasma glucose, and decrease lipolysis.

Propylene glycol has two fates in the rumen; it is either fermented to propionate or absorbed and metabolized to glucose by the liver hepatocytes. The liver is responsible for converting propionate from glucose and starch fermentation in the rumen, glucogenic amino acids, and glycerol from adipose triglycerides into glucose which is exported and used primarily for milk synthesis in the mammary gland.

Research has also shown that drenching of gluconeogenic precursors has been better in stimulating plasma insulin and reducing plasma non-esterified fatty acids compared to supplying them in the TMR.

Glycerol use has been known since the 1950’s as an effective treatment for lactation ketosis in dairy cattle and because glycerol enters into the metabolic pathway much closer to glucose than do other glucose precursors, it may be more efficacious. The more recent expansion of the biodiesel industry has increased its availability and reduced its cost, making its use attractive to the producers.

Propylene glycol drenches increase glucose and insulin and decrease non-esterified fatty acids and ß-hydroxy-butyrate plasma concentrations more effectively than glycerol. Few studies however have evaluated the effects of gluconeogenic precursor in the close-up period. There are also limited studies on the effects of the different types and their combinations, dosage and duration, on the efficiency during the transition period.

A recent experiment (El-Kasrawy et al. 2020) looked at the type, amount and duration of drenching with a gluconeogenic precursors and its effects on the reproductive and productive performances of dairy cows. A total of 108 transition second-parity pregnant cows, weighing 524±63 kg and with a BCS of 3.63±0.2, were used in this experiment.

All cows were followed up to their third parity to record productive and reproductive data. Animals were fed a TMR twice daily according to NRC recommendations. Cows were distributed into six groups as follows:

While there were no effects of treatment in BCS at calving day, BCS was higher at 30 and 75 days in milk in all treated groups compared to the control cows. Cows treated with GPG250 had the highest BCS. Total milk yield was not affected by the dosage of supplement. Lactation was shorter in GPG250, GPG150 and PG500 than the control group.

Cows suffering from sub-clinical ketosis and hypoglycemia were less in all treatment groups compared to controls. Results of this study also showed that control cows had the highest feed costs, insemination costs, and total costs per animal. Similarly, the highest total cost and feed cost per kilogram were also for the control, and the PG400 group, but showing no differences in milk returns per animal. The greatest net return and income over feed costs were observed in the PG300, PG500 and GPG250 groups.

In summary, drenching with PG300, PG500 and GPG250 can improve milk production. All treated groups showed better reproductive performance and higher glucose compared to the controls. The best values for BCS at 30 DIM and the lowest ß-hydroxy-butyrate concentration were for the PG500 and glycerol-propylene glycol blend groups.

Results suggest that using PG300, PG500 and glycerol-propylene glycol blend during the transition period can improving production, reproduction, and economics, while reducing the incidence of subclinical ketosis. 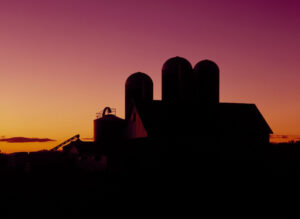 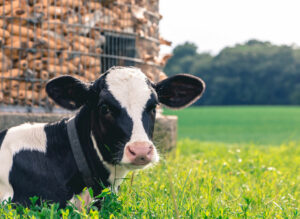 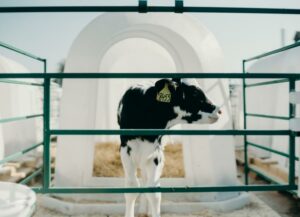