During the last 3 weeks of gestation, cow’s requirements for energy increase due to fetal development and colostrum production. At the same time, dry matter (DM) intake drops significantly during this period. This mismatch between nutrient intake and demand generates a negative energy balance towards the end of the pregnancy that is prolonged for several weeks after calving. Additionally, health problems during the transition period have a negative impact on the profitability of the operation due to increased veterinary expenses, reduced production, reduced reproduction performance, early culls, and deaths.

Despite increased research studying the transition period, these problems continue to manifest themselves and have even increased over the years. This increase is likely associated with the parallel genetic improvement and resulting milk production increase per cow. Recently, a study published in Animal Feed Science and Technology evaluated how a yeast supplement would affect milk production, blood metabolites, and body reserves of transition dairy cows during hot weather.

The researchers (Nasiri et al., 2019) fed 12 multiparous Holsteins from 21 days before expected parturition to 60 days in milk (DIM) with prepartum, fresh and lactating TMR diets without or with 4 g/head of a commercial live yeast supplement. The yeast product provided 15×109 cfu of Saccharomyces cerevisiae per gram. These were the main reported effects:

In conclusion, yeast supplementation during hot weather improved DM intake during the prepartum period, and production performance during postpartum. Since average postpartum intake and BCS at 42 DIM were not altered with the supplement, it can be suggested that in this study live yeast increased the efficiency of nutrient utilization. 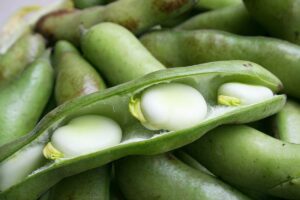 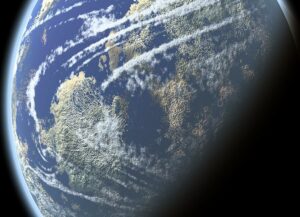 Sustainability
Evolution of the environmental impact of dairy production 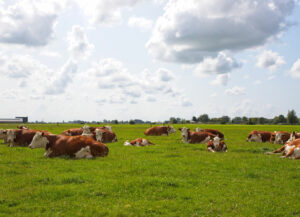 Bacterial Infections
The effect of paratuberculosis infection on dairy productivity