Mastitis is currently one of the major reasons for milk production losses and culling around the world. As the name implies it is an inflammation of the udder caused by microorganisms that enter the gland through the teat canal. Once inside the gland, these pathogens find ideal conditions to multiply and in turn, damage the lining of the milk ducts, cistern, and alveoli.

As a result, the cow’s immune response is triggered, and white blood cells travel to the udder to fight the infection, resulting in what is measured as somatic cell counts (SCC). This infection not only results in production losses, increased costs, and reduced returns but also causes pain and results in reduced cow well-being.

Clinical mastitis can be easily detected by the producer since the quarter affected is usually swollen, hot to the touch, and sensitive. Fore stripping each teat will also show abnormal milk that may appear watery, bloody, discolored, and carry clots or flakes.

Detecting sub-clinical mastitis becomes more of a problem. The infection is much more subtle and lasts longer, affecting milk quality and production, and is long-term more costly to the producer than the clinical form. Table 1 shows the effect of high SCC on total milk production.

Under the current component pricing system dairy producers are paid by the components (protein, butterfat, other solids) that end up in the milk tank every day. Premiums increase their gross revenue, which include premiums for over-order premiums, quality, and volume. Quality premiums are paid to encourage the supply of high-quality milk and vary depending on the processor.

Although quality premiums might sometimes seem small, we sometimes fail to understand that high SCC are closely associated with milk production losses and thus milk volume premiums. Concentration of components, total milk shipped, and milk quality as represented by SCC and bacteria counts are among things producers can control. From an economic perspective, reducing SCC result in:

Feed efficiency is reduced in cows with high SCC

Cows with SCC of 250,000 cells/mL compared with those with 50,000 cells/mL produced, on average, 1.6 kg/day less milk, consumed 0.3 kg/d less DMI, produced 0.04 kg less milk per kg of DMI, and produced 0.03 less energy corrected milk per kg of DMI. These results clearly show feed efficiency was reduced in cows with high SCC which compounds the overall economic losses associated with mastitis.

The results of this experiment suggest that the expected difference in DMI between a cow with 250,000 cells/ mL and another one with 50,000 cells/mL would result in an extra 12 g of methane/day or 4.4 kg of methane/year. These findings need to need considered when evaluating the economics of treating cows with mastitis since higher SCC will result in decreased feed efficiency which not only impact economics but also the environment.

Several factors affect milk losses as a result of mastitis such as the days in milk, previous infections, parity, and the microorganism causing the infection. These yield losses have been reported from a minimum per day to almost 9 kg of milk. As a result, treatment costs are also variable but can reach a maximum of around USD$200 or more per treatment, not to mention the possibility of even having to cull the cow.

Once production losses are factored in (indirect costs), the average case of clinical mastitis can result in almost USD$450 losses per cow (approximately 29% direct and 71% indirect). However, before attempting any therapy, culling decisions, or changes in milking practices it is important to determine the pathogens involved.

First determine if the microorganisms are environmental or if they are contagious and thus transmitted from cow to cow. Some other organisms that do not fall in either of the first two groups are usually called opportunistic. Second, determine when was the cow infected. Was it during the dry period or is it a new infection?

Advantages of culturing milk from the bulk tank

Culturing milk from the bulk tank provides an estimation of the degree of infection present in a herd. Although a good starting point and relatively inexpensive, it does not provide information about individual cows or number of infected quarters. Nevertheless, it should be considered a pretty good monitoring tool for contagious bacteria and environmental mastitis exposure.

High environmental counts in the bulk tank are correlated with hygiene in the cow’s environment. Regardless of which bacteria group is present, increasing the number of bulk tank samples improves its usefulness.

Some organisms, such as Mycoplasma, are shed intermittently in milk. Increasing the sampling frequency to four continuous days may overcome this problem. Before sampling make sure the milk in the tank is agitated for 5-10 minutes, and always sample from the top of the tank. Use a clean, sanitized dipper, and pour the first sample back into the tank to rinse sanitizer off the dipper. Fill the vial 2/3 full (if not, the lids will pop up upon freezing). Sample two consecutive tank loads and freeze, then sample the third tank load and freeze until all three can be sent to the lab. Ship in Styrofoam-insulated containers with cold packs. Samples should arrive at least partially frozen; it is worthless to test thawed, warm samples!

Blended milk from all shifts should not exceed 10o C (50o F) once in the bulk tank if you want to achieve low bacterial counts. All containers, equipment and utensils must be treated with an effective sanitizer before each usage.

Even very small numbers of bacteria may grow very rapidly in soiled equipment. Multi-use containers, utensils, and equipment should be sanitized by complete immersion in 77o C (170o F) water for at least 5 minutes or exposed to a flow of water at the same temperature (use a thermometer!) and similar length of time.

Milk quality should be a number one priority for every farm

In order to achieve low SCC and bacterial counts there are two key issues to tackle: cleanliness (starting with the cow and its environment and ending with milk handling) and prompt and adequate milk cooling right after milking.

Failing to address either one will result in premium losses and reduced profitability from decreased gross income as well as increased production costs. Culling cows due to mastitis is still a concern for most U.S. dairies.

Cows that are culled early in their productive life are an economic burden for the farm as they have not paid yet for their raising costs and will need to be replaced by an often-costly springing heifer.

Milk quality should be a number one priority for every farm, not only from an economic perspective but also to ensure that processors and the public receive a wholesome high-quality product. 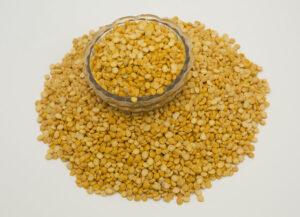 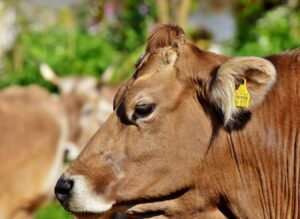 Bacterial Infections
Could McLintock syringes cause false-positive results in the intradermal tuberculin test?