According to “Dairy 2014 Report 3: Health and Management Practices on U.S. Dairy Operations, 2014”9, the percentage of cows treated with antibiotics for mastitis, respiratory diseases, diarrhea or other digestive problems, reproductive disorders, lameness, or other disease was 22.0, 2.6, 1.1, 7.7, 3.6, and 0.5%, respectively. The Dairy 2014 study was conducted in 17 of the nation’s major dairy states, representing 80.5% of U.S. dairy operations and 81.3% of U.S. dairy cows. Data from this report were collected during 2014 by state and federal veterinary medical officers and animal health technicians from 265 operations with 30 or more dairy cows. Mastitis was the disease that affected the highest percentage of cows (25.7%). Not surprisingly, the highest percentage of cows were treated for mastitis (22.0%).

The use of intramammary antibiotics at dry-off is common in U.S. dairy herds. Administering intramammary antibiotics at the time of dry-off cures many existing infections and reduces the incidence of new infections. Table 3 shows the antibiotics that the FDA has approved for the treatment of dry cows. “Dairy 2014 Report 2: Milk Quality, Milking Procedures, and Mastitis on U.S. Dairies, 2014”8 indicated that almost 1 of 10 operations (9.2%) did not use a dry-cow treatment; a percentage of these were organic operations in which the use of antibiotics is not allowed. These results align with those of another study conducted in 51 large dairy herds in Wisconsin, in which only 8% of farms did not use any form of dry cow therapy17.

“Dairy 2014 Report 2”8 indicated that almost all cows (93.0%) were treated with dry-cow intramammary antimicrobials at dry-off. A higher percentage of cows in large operations (96.4%) were treated at dry-off compared to the percentage of cows in small or medium operations (81.9 and 82.6%, respectively). The most commonly used dry-cow antibiotics were penicillin G (procaine)/dihydrostreptomycin (36.9% of cows) and cephapirin (31.0% of cows; Table 4).

On-farm culture can help reduce the administration of antibiotics, which may have several benefits, including preventing the unnecessary discarding of milk while waiting for laboratory results, decreasing the potential for drug residue in milk, and improving treatment outcomes as a result of targeted treatments10. It has been stated that, in between 10 and 40% of cases, cultures from clinical mastitis yield no bacterial growth and therefore do not require antimicrobial therapy16. In a recent study of 20 dairies in Wisconsin, 80% of all antimicrobials used were for the treatment or prevention of mastitis, and 50% for clinical mastitis15. Taking into account the mentioned study, with 50% of all antimicrobial drugs used in dairy farms dedicated to clinical mastitis treatment, the selective treatment of clinical mastitis based on on-farm culture results can potentially reduce the total antimicrobial use on dairy farms by 25%. Lago et al.4 conducted a multi-state, multi-herd clinical trial on 422 cows from Minnesota, Wisconsin, and Ontario, Canada, and observed that the treatment of clinical mastitis with intramammary antibiotics could be reduced by half without significant differences in days to clinical cure by using on-farm culture systems to guide strategic treatment decisions in cows with clinical mastitis. In addition, a recent study conducted by University of Minnesota researchers reduced antibiotic use in dry cows by 48% through the use of a selective dry cow therapy at the quarter level based on culture results13.

There is increased awareness of treatment-related costs and the economic costs of extensive antibacterial therapy for mastitis. Treatment of only Gram-positive infections after the use of on-farm culture can result in significant cost reductions. A study that enrolled 189 cases of mild to moderate mastitis estimated that a net income of about $3,342 per month or about $18 per case can be obtained15. Lago et al.4 published a review of antibiotic usage on dairy farms that included a collection of studies on the economic consequences of mastitis treatments, including milk production losses due to clinical and subclinical mastitis, mastitis-related infertility, the culling of costs, and the transmission of infection to other cows. This review presented a collection of recent studies conducted in the United States showing that the average treatment cost of a case of clinical mastitis ranges from between $50 to $2121,14,17. The direct costs associated with antibiotic treatment include extra labor (19%), the cost of antibiotics or other therapeutics (21%), and discarded milk (60%)17. Bar et al.1 estimated that the average treatment cost of a case was $50, distributed as follows: discarded milk (40%), drugs (40%), and labor (20%). The number of days during which milk is discarded depends mainly on the treatment protocol and the withhold time of the product used for treatment. Pinzón-Sánchez et al.14 estimated that the expected monetary value per case of mild or moderate clinical mastitis ranged from $25 (no intramammary antimicrobial) to $212 (eight-day extended treatment) per case, depending on the treatment strategy implemented. By using an on-farm culture system to strategically identify and treat clinical mastitis, Iowa State University researchers reduced the direct cost of clinical mastitis by 65%.

Furthermore, the typical milk discard period after a case of clinical mastitis (including treatment and withdrawal time) is about six days. If a 1,000-cow dairy herd experienced a 6% mastitis treatment rate per month, that herd would discard approximately 360 cow-days’ worth of milk every month (60 cases at six days milk discard). At a 36/cow/day milk yield and $330/tn milk, the discarded milk would be valued at $4,320 per month or about $52,000 per year. In this scenario, each additional day of milk discard will create another $8,500 per year in discarded milk costs18.

The successful treatment of mastitis depends on early detection and proper diagnosis. On-farm culture methods are generally used to attain rapid access to results in situ that allow for an early mastitis diagnosis and facilitate the decision-making process with respect to mastitis treatment. On-farm culturing enables producers to obtain bacteriological results in just 24 hours. Because antibiotics do not cure many mastitis cases, withholding antibiotic treatment for 24 hours does not really affect treatment success rates. Cows that need treatment (those with Gram-positive infections) can be treated once the results are obtained. Cows with cases that will not respond to antibiotics (those with Gram-negative infections) may be monitored to ensure that they are systemically treated if the immune system is unable to fight the infection and the mastitis becomes toxic. However, cows that successfully fight off Gram-negative infections will not have been treated with antibiotics, meaning no treatment costs and no milk discard. In conclusion, selective treatment of clinical mastitis based on on-farm culture results can potentially reduce total antimicrobial use on dairy farms.

Nuria García-Fernández is the Research Manager at the Dairy Knowledge Center, LLC. She holds a DVM and a PhD in Biological Sciences (specialization in Dairy Manufacturing) and has extensive experience with veterinary diagnostics and antimicrobial susceptibility testing. She has conducted research studies on molecular diagnostics, antimicrobial resistance genes, and the use of enzymes in cleaning biofilms on dairy separation membranes. nuria@dairykc.com

Economic impact of moving from a dry lot system to a compost bed system on dairy farms
PrevPreviousIt’s a match: How to win the talent war
NextFeeding and balancing for dietary protein in heat-stressed dairy cowsNext 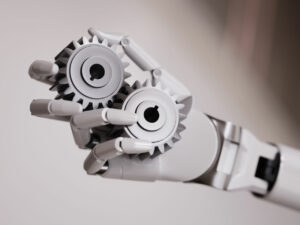 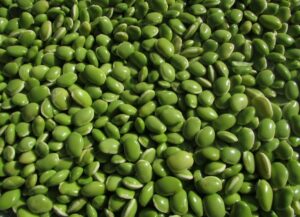 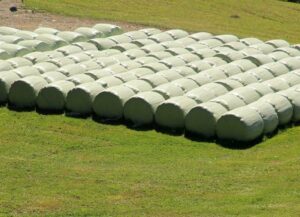