During the transition period dairy cows are at higher risk of developing infectious and metabolic diseases that result from sudden changes in behavior and metabolism. Among these changes the reduction in intake in the weeks close to calving is likely to be the change with the most profound effect as predisposing cause for metabolic problems.

Relationship between dry matter intake, lameness, and the occurrence of metabolic diseases

Inadequate nutrient intake has been associated with common problems such as metritis, subclinical hypocalcemia and subclinical ketosis. To further complicate things a reduction in dry matter (DM) intake during the close-up period may prolong and aggravate the negative energy balance during the transition period through fat mobilization.

This increased metabolism in the adipose tissue and the liver causes a state of inflammation has been linked to higher occurrence of several of these per-parturient problems. Adequate nutrition is also fundamental to maintain hoof integrity and prolong productive life. Lameness continues to be the second highest reason of dairy cow culling in the U.S., right behind mastitis. Furthermore, lameness is considered among the best welfare indicators for dairy cattle.

Subclinical acidosis and its clinical manifestation, laminitis, may result from nutritional or even management errors. Inadequate amounts of dietary effective fiber can result from excessive grain supplementation, the presence of highly fermentable carbohydrates or changes in the fiber/carbohydrate ratios.

One other important aspect to assess the health status of dairy cows is body condition scoring. While subjective, it is still a very useful and practical visual assessment tool of the nutritional status of cattle with high percentages of repeatability attained with practice, both between measurements and scorers.

Body condition score (BCS) can be used routinely both to assess the nutritional status of different cattle feeding groups and to determine the right feed allocation, where it will have the greatest effect on health or on income over feed costs.

If improving BCS to the optimum increases fertility, excessive condition can result in metabolic problems, particularly in close-up cows. Fatty liver for example can occur shortly before and after calving, during the transition period. When faced with a reduction in intake, a cow mobilizes body fat, which increases both the concentration of circulating fatty acids and the fat deposits in the liver.

These results suggest that reducing lameness during the dry period and avoiding over-conditioning at dry-off may improve health of cows in transition. It is possible that lameness could be associated with peri-parturient diseases because of reduced feeding time throughout the dry period.

In this experiment lame cows spent less time feeding than sound cows, and lower feeding time was in turn associated with higher odds of transition diseases. 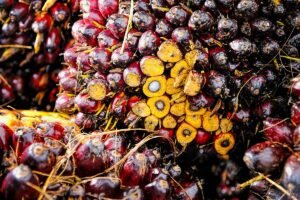 Fatty Acids
Do fresh lactation cows need to be supplemented with palmitic fat? 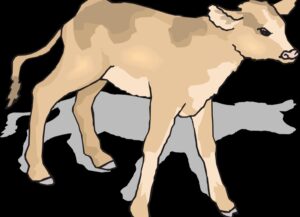 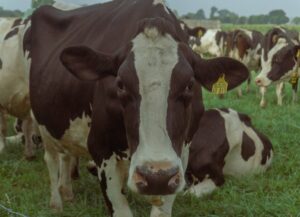