Adequate conservation of forages is essential in parts of the world with well-defined seasonal changes. Dried (hay) or fermented (silage) plant material are essentially the two main forage preservation approaches. Silage production allows farmers to preserve forage quality at a point in time where it contains the greatest concentration of available nutrients.

One constraint however is the need for expensive equipment and to follow adequate feeding practices to maintain optimum feed quality. One alternative developed is the use of baled silage also known as baleage, which really fits very well for smaller beef and dairy cattle operations.

The fact that ensiled bales can be fed faster (even all of it) after opening, allows for less deterioration of the ensiled mass. One difference between silage and baleage however is the lower moisture concentration of the latter. Because of the reduced moisture and less weight of the ensiled mass, one could speculate that particle size would be even more critical in baleage, in order to remove air pockets and obtain an adequate fermentation.

Orchardgrass (Dactylis glomerata L.) is a perennial, highly palatable cool season grass used both for pasture and hay forage production. It is considered one of the best forage grasses in intensive rotational grazing systems in the northern US. It can be used as a monoculture or in mixed stands with legumes such as alfalfa, birdsfoot trefoil, and various clovers, and other grasses such as perennial ryegrass and tall fescue.

A recent experiment (Coblentz et al. 2020) looked at the fermentation characteristics and nutritive value of cut (theoretical length of cut; TLC 8.1 cm) and uncut orchardgrass preserved as baleage. Two bales per plot were obtained, with one baled at relatively high moisture (58.3%), and the other at what was considered “ideal” moisture (44.9%).

Differences between cut and uncut forage

The results showed that cutting increased both the initial wet and the dry bale weight by 4.1 and 4.7%, respectively, but did not however affect nutritive value. The different weight between cut and uncut forage could be expected since it led to more compaction. One could also expect a better fermentation for this very same reason which was confirmed by a trend to increase total volatile fatty acids.

Importance of temperature in orchardgrass growth

This experiment was conducted in Wisconsin during November and December 2017 with temperatures below normal (1.1 and 1.3°C, respectively). The mean monthly temperature during April 2018 (0.4°C) was 6°C below normal, with cumulative snowfall for April 2018 also 640 mm above normal.

During this experiment orchardgrass showed a non-flowering growth response during the first-cutting with pre-ensiled concentrations of neutral detergent fiber (NDF), acid detergent fiber (ADF), and lignin of 62.4%, 35.2%, and 2.99%, respectively. It is difficult to assess the effects of nonflowering in orchardgrass, which also affected DM yield, swath density, drying rate, and DM bale density, all of which could indirectly affect fermentation.

It is likely however, that the combination of the uniquely adverse climate conditions of that year with the genetic characteristics of the cultivar, resulted in the nonflowering response reported in this experiment.

There was a trend in cut silages, to have greater VFA concentrations, but the pH reduction (0.07 units) was not significant. The non-flowering growth of orchardgrass resulted in increases in the 30-h NDF digestibility and in-vitro DM digestibility likely as a result of modifications in the fiber composition.

Granted, there may be other advantages to cutting baleage such as a more ease of blending it into the TMR, there were none observed however from the point of view of its preservation. 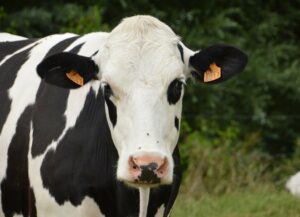 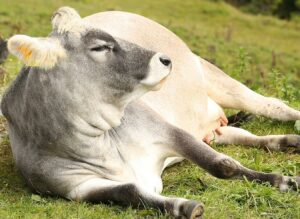 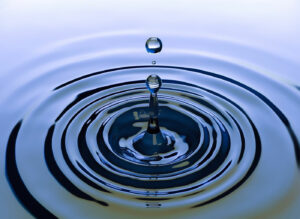