Growing healthy dairy calves is critical for the profitability and sustainability of dairy operations. Their first weeks of life will define if they are going to turn into highly productive future dairy replacements. Supplementing calf with energy-supplying ingredients such as oils rich in poly-unsaturated fatty acids (PUFA) affect weight gains, immunity, antioxidant status, and metabolism.

Research has shown that the inclusion of PUFAs helps in the treatment of diarrhea and other inflammatory conditions early in life. This occurs by changing the ratio of PUFAs in the phospholipid fraction of the immune cells which alters the immune function. Of these PUFAs, linoleic and α-linoleic acid seem to have the greatest impact against the challenge posed by microbiological antigens.

Linoleic acid is a precursor for cytokinin and eicosanoids, having an indirect effect on monocyte and neutrophil activity. Alpha linolenic acid on the other hand exerts protective actions by lowering the expression of pro-inflammatory genes and thus modulating the intensity of the inflammatory response. In this stage of their life calves function mostly like single-stomached animals, with liquid feed bypassing the rumen through the esophageal groove.

As a result, any PUFAs contained in milk replacer will go directly into the abomasum and proceed to the intestine to be absorbed. Research has shown that the inclusion of fat rich in PUFAs improves performance with higher weight gains. Inclusion of PUFA sources such as, coconut oil, rapeseed oil, and flax oil or even fish oil, have resulted in variable body weight gains improvements in calves.

A recent experiment (Śpitalniak-Bajerska et al. 2020) looked at calf growth and metabolic and oxidative functions by supplementing milk replacer with flax oil or ethyl esters of flax oil, with lyophilized apples as a carrier. Holstein-Friesian calves blocked by age (14 days), body weight (40  kg), and sex were allocated to three diets as follows:

All calves received colostrum (10% of birth weight) at birth and for 3 consecutive days followed by whole milk. Milk replacer was mixed with warm water (41°C) at a ratio of 1:8 and fed from a bucket with a rubber nipple. Feeding was twice a day at 720 g daily in a volume of 3 liters each time. The oil additives were added each time before preparing the replacer and mixed thoroughly. Calves had access to clean water and pelleted starter ad libitum.

Results of this experiment suggest that supplementing with n-3 fatty acids has a positive influence in growth parameters and metabolic and oxidative functions in young calves. 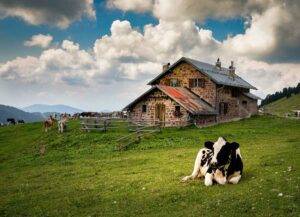 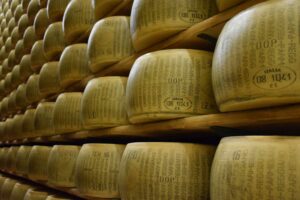