Each dairy farm has its own characteristics. However, all dairy producers share common objectives, that is to increase the profitability and efficiency of their business, improve milk quality and keep their herd in optimal conditions.

One way to achieve all these goals is to automate the procedures that are performed on the farm, such as milking. Milking a cow efficiently and quickly, without compromising its well-being, should be the primary purpose of a dairy farm.

This also improves the information available on the health status and productivity of the cows, which improves management decisions and therefore increases profitability.

An example of this automation are automatic cluster removal systems that provide a very important advantage to the farm: they save labor in the milking parlor, so that fewer operators can be employed to carry out the task, or with the same operators, perform it in less time.

These systems detect the decrease in milk flow at the end of each cow’s milking, modify the pulsation rate to complete milking, and then gently remove the teat cups from the udder. Because automatic cluster removal systems are based on milk flow and not time, it is a way necessary to make sure that animals do not suffer from overmilking and thus reduce the likelihood of mastitis and other health problems in the udder.

It is known that fat production differs between fractions in individual milkings, and that a higher concentration of milk fat is extracted towards the end of it. As a result, it has been suggested that if milk extraction is not complete, a considerable reduction in milk fat may occur.

Because milk producers receive compensation based on fat, protein and other dairy solids, the productivity of milk components is of paramount importance and influences the overall profitability of dairy farms.

To provide further data on this issue, a study was carried out (Wieland et al., 2020) which analyzed the effects of two different configurations of automatic removal systems on milking characteristics, milk composition and teat health.

It was hypothesized that increasing the milk flow threshold would reduce milking time and improve the condition of the teat tissue, without adversely affecting milk production, its components or udder health.

To carry out this study, 689 Holstein cows were used from a commercial dairy farm where animals were milked three times a day. The cows included in the study were randomly divided in two groups and assigned to two different treatments in which the teat cups were removed automatically when:

The study continued for 57 consecutive days and the following parameters were recorded:

Differences were observed between both groups between second and subsequent parities, while in primiparous cows there were no significant differences. Milking times were 260, 257 and 260 seconds in the group in which the milk flow dropped below 1.2 kg/min and 273, 279 and 295 seconds in the other treatment group, in the cows of first, second, and third or most parities, respectively; there was a difference of 21 seconds in second parity cows and 35 seconds in third parity cows.

These results support existing literature that suggests that cows with different parities require different management strategies, such as separation into different milking pens, to fully benefit from the time-saving potential by increasing the intensity of flow on the dairy farm.

Somatic cell counts are indicators of the overall health status of the udder, and in this experiment it was similar between both treatment groups.

As for possible teat lesions, significant differences were found in the likelihood of short-term changes in teat tissue between both groups, which were lower for cows in the group where milk flow was under 1.2 kg/min. This is related to the low milk flow index at the end of milking (below 1 kg).

There is an inverse relationship between the milk flow and the milking unit vacuum so that the low milk flow increases the vacuum-induced stress at the teat end, which in turn generates forces and creates congestion and edema of the teat end tissue. Therefore, in cows in the group where milk flow dropped from 0.8 kg/min, the increase in the low milk flow at the end of milking may have caused more congestion and edema, causing further short-term changes in the teat tissue.

However, no differences in long-term changes in teat tissue induced by automatic milking were detected between treatment groups.

However, the authors emphasized that longer studies would be needed to investigate the effects of automatic cluster removal with different milk flows on milk production and teat and udder health throughout lactation. 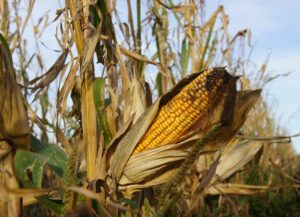 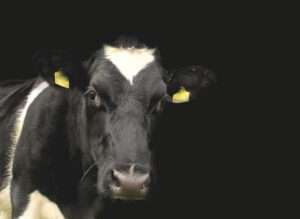