Drying the udder in dairy cows before calving is of vital importance in milk production. For the health of the cow to be optimal and perform at their best in the next lactation, both productively and reproductively, they need to go through a period of rest to allow the mammary tissue to regenerate itself.

During this period the dry cow and the udder prepare for the next lactation and the changes and abnormalities that may happen can have a negative or positive effect on the health of the cow and the production of milk in the new lactation.

A study conducted at the Danish Center for Livestock Research, from the University of Aarhus in Denmark (Franchi et al., 2020), assessed the effects of various dry-off strategies such as varying feed energy density (normal or low-energy diet) and milking frequency (once or twice) from seven days before the last milking, on the motivation and attention bias of feeding of high-production cows.

Seven days before drying-off day, a total of 24 pregnant Holstein cows (316 days in milk) were milked 1 or 2 times a day and fed ad libitum with one of the following two diets:

The attention bias related with the motivation of feed intake and visual lateralization were recorded with images from two digital cameras, when the cows were fed in individual pens and for less than 3 seconds continuously and for 5 minutes. In addition, after continuous feeding for 3 seconds, they were then stimulated in the center of the feedbunk, and after pausing it for one second it was removed and the vigilant posture of the head (yes or no posture of the vigilant head) was recorded. The image was used to assign the dominant eye on the feed: to the right, left or absent when both eyes were aligned with the feed.

Cows on the lower-energy diet showed more motivation to eat

Cows fed the low-energy diet consumed 42% less energy than cows in the other group so they started eating earlier in the two days of testing. This result indicates that, although they might eat ad libitum, their motivation for eating was greater, probably because they were hungrier. However, the increased feeding motivation did not affect the bias of attention associated with the feed.

When analyzing the results such as parity, it was observed that on day two primiparous began to eat before multiparous cows after being presented with a new stimulus and tended to be less vigilant than the latter. This could be explained because primiparous cows are not physically developed enough and need more energy to grow and produce milk than multiparous, or since they were hungrier, they may be bolder than older cows when it comes to searching for food. The authors were more inclined towards the second argument along with the idea that primiparous cows may have familiarized themselves before with the new stimuli and realized it was not dangerous.

Regarding the level of attentiveness shown by the animals, the proportion of cows with a vigilant head posture was mainly among those fed the normal lactation diet, in the two days of testing. The explanation for this result could be the same as suggested above and is coincidental with findings of other studies, which indicate that by increasing the motivation for eating, some animals may risk more to get feed and are less vigilant.

On the other hand, cows in both groups in general used predominately the right eye when looking at feed indicating that it was perceived as a positive stimulus and was therefore subjected to processing by the left-brain hemisphere. However, there is a lot of individual variability, so more studies need to be conducted with a greater number of cows to support these result.

The main findings of the study were: 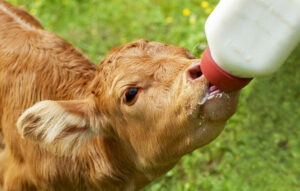 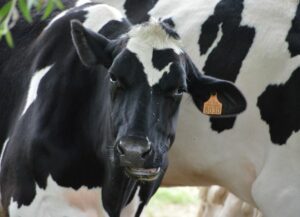 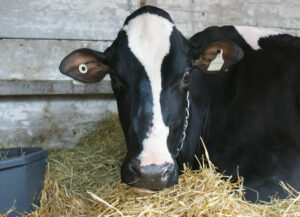