An alternative used in many Asian countries is to ensile this ration. A TMR silage typically has significantly higher aerobic stability than its corresponding fresh TMR.

Additives such as calcium carbonate used in high moisture TMR silages, are added prior to ensiling to increase the organic acid content to improve its fermentation and the aerobic stability of the ration. However, there is no information on the optimal amounts of carbonate to be added and its effect on improving the aerobic stability of the TMR silage.

A recent study (Tian et al., 2020) researched the effect of several concentrations of calcium carbonate on the fermentation quality and aerobic stability of TMRs with high moisture content.

The TMR for each moisture concentration was ensiled with 0, 0.5, 1.5 and 2.5% carbonate on a fresh matter basis. After mixing evenly, about 2 kg of TMR were placed in polyethylene bags that were vacuum sealed and stored at room temperature (27 to 35°C). After 150 days of ensiling, the bags were opened, and samples taken for fermentation quality analysis and to determine aerobic stability.

After thorough mixing, the TMR silage in the bags was placed in sterile plastic barrels without compaction, uncovered and stored at room temperature (29-33°C). Samples weighing 10 g were taken every other day to determine pH and microbial population until aerobic deterioration occurred. Aerobic stability is defined as the number of hours the silage remains stable before increasing the temperature around 2°C above room temperature (in this study hours were converted to days to express aerobic stability).

The main results can be seen in Table 1. Dose-dependent effects were observed for pH: increasing carbonate increased pH of TMR silage. The higher moisture content of the H-TMR improved pH with 0 and 0.5% carbonate; however, pH was higher with the addition of 1.5 and 2.5% carbonate to M-TMR.

Lactic acid bacteria counts were higher in carbonate-free silage, and lower with 1.5 and 2.5% carbonate for H-TMR silage. No butyric acid or yeast were detected in TMR silages and the interaction with aerobic bacteria was not significant.

Table 1. Quality of fermentation of TMR silage with different concentrations of carbonate after 150 days. 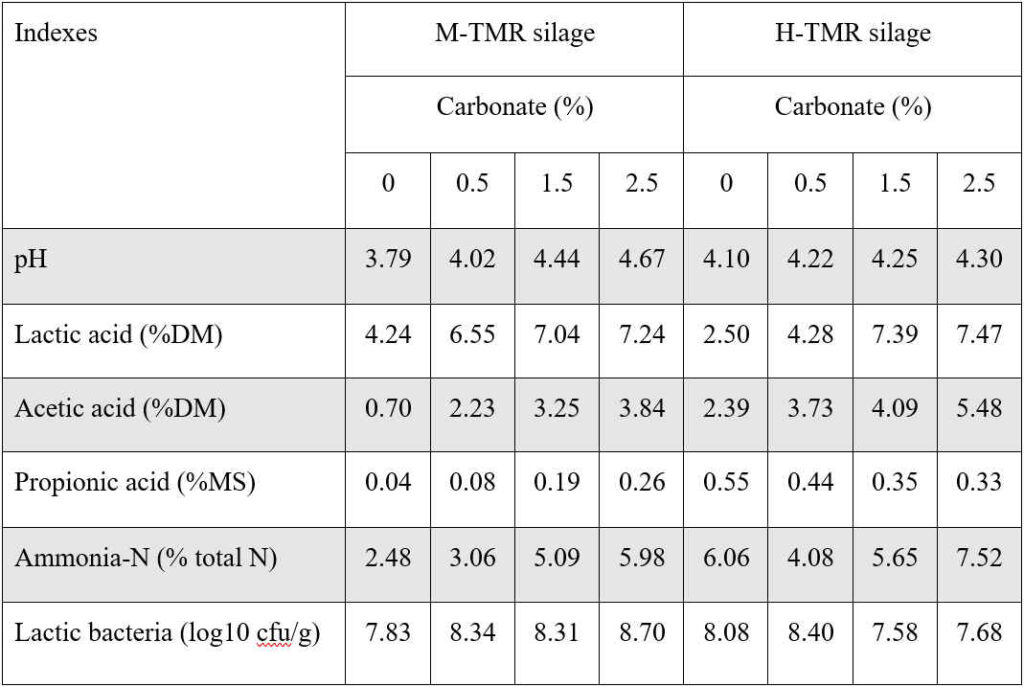 Table 2 shows the effect of adding carbonate to silages: 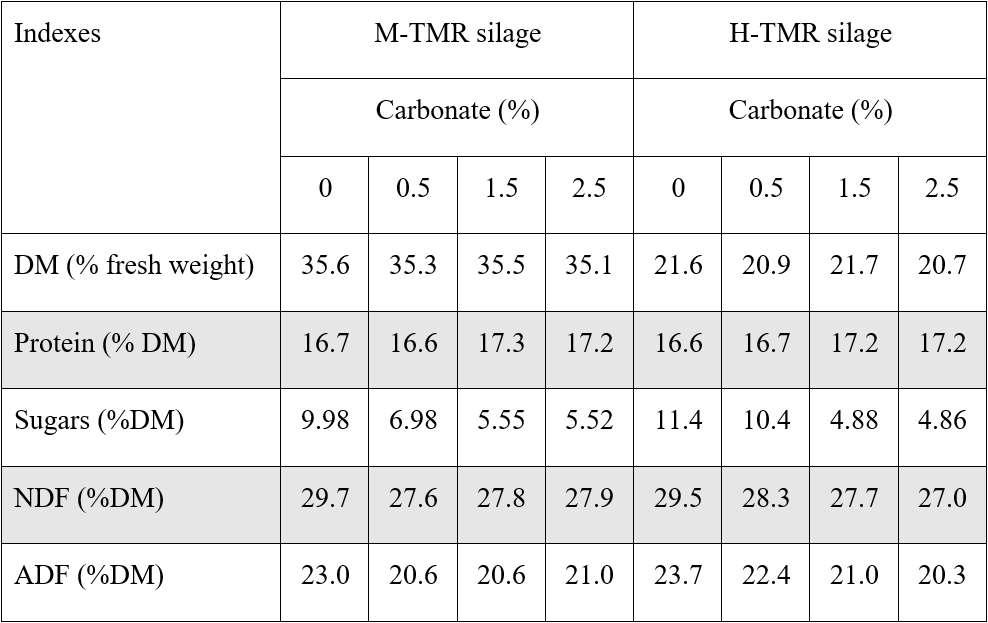 In addition, during aerobic exposure, the pH values M-TMR and H-TMR ranged from 3.5 to 5.0 and from 4.0 to 4.5, respectively. Slightly higher pH values were observed in the two carbonate-free silages, while the other treatments remained at a stable level prior to aerobic deterioration.

The authors suggest that the increased aerobic stability of silages with the application of carbonate can be attributed to the increase in their buffering capacity that made silage pH more stable, delaying the growth of both aerobic bacteria and yeasts.

In short, the application of carbonate improved the quality of the fermentation due to the increase in pH and organic acids. In addition, it inhibited the reproduction of aerobic bacteria and yeasts thus improving the aerobic stability of TMR silages that have relatively high moisture. 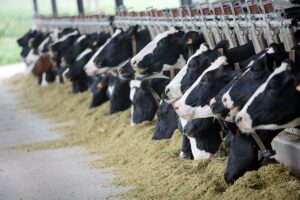 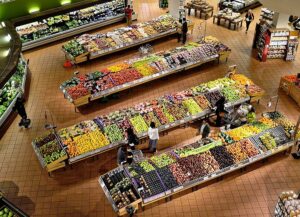