Finding, hiring, and retaining labor has in recent years become a problem for dairy farms across the world. Automated milking systems (AMS) are increasingly becoming popular since they solve this problem while increasing productivity, milking efficiency, and reducing the handling required in lactating dairy cows.

While these have been employed in confinement production systems with success its adoption in grazing systems still lags. The adoption in the traditional confinement systems has increased since its first introduction in the Netherlands in the early 90’s to an estimated 50,000 units on 25,000 farms in 2019.

It is even estimated that in Europe nearly half of dairy start-ups do so with AMS with some countries having an adoption rate of nearly 23%.

Benefits to labor and productivity have widely been demonstrated, to the point that it is considered among the top technologies to be adopted in the future. Nevertheless, the degree of its current adoption in Australian grazing dairy systems is quite low, remaining under 1%. It is suspected that the main reason of this slow penetration in the market is associated with a lack of demonstration units that show the benefits in production and economics the AMS can bring to the farm.

Most research has been performed using simulation models, while there have been very limited evaluations performed with figures from real farms. These simulations obviously carry some assumptions that may lead to errors, particularly when it comes to estimate milk production, and changes in labor and profitability. There were only two experiments conducted (2007 and 2012) using commercial farm data which were based on farms with conventional cow housing systems and not on cows on pasture.

A study conducted by Gargiulo et al. (2020) addressed the physical and economic performance of pasture-based automated milking systems (AMS) compared with conventional milking systems (CMS) with the ultimate objective of identifying any potential to improve AMS productivity and profitability.

Data were collected from the Australian “Dairy Farm Monitor Project” by trained staff and then validated by a panel of farm business consultants to ensure reliability and accuracy. Physical performance indicators were considered those that typically relate to production outputs, physical inputs, productivity, and production efficiency measures (e.g., total milk production, farm area, number of cows, milk per hectare, and labor efficiency).

Overhead costs (i.e. repairs, maintenance, and depreciation), as well as interest and lease costs, were higher for AMS farms and accounted for the second largest costs after feed. This is explained because AMS farms operate constantly without direct human intervention, and many of the major components are electronics and moving parts needing frequent repairs and maintenance.

In addition, most AMS farms commit to scheduled equipment services as per warranty requirements which adds to the maintenance costs. A higher depreciation for AMS was to be expected since there was a higher initial capital investment. Interest and lease costs were higher for AMS, presumably due to higher interest paid for borrowed money for robots which in general, are on relatively short-term equipment loans that require principal to be repaid in a shorter period.

Optimizing how efficiently the capital invested is used should have a significant effect on profitability, from this perspective measuring the robot utilization in liters of milk output is critical. In this data set, the bottom 25% farms (ranked by pasture grazed/ha) used only 3.3 t/ha of pasture whereas the top 25 farms used 10.9 t/ha. This clearly shows the importance of optimizing pasture utilization on-farm.

In contrast with other studies, results of this experiment showed that on average both systems had similar total labor use (employed, imputed, and total in FTE), labor efficiency, and labor costs. It is possible that the AMS farms could have been planning to expand the herd instead of reducing labor, or that in reality, net labor savings could not be as large as expected in AMS, since some tasks disappear, but new ones emerge with the robots.

It has been suggested that investing in this technology allows more flexibility in time management, to reduce the physical effects on the body from repetitive manual tasks (muscle-skeletal stress) and because of labor availability.

It is precisely in these areas where improving efficiency could result in significant effects on profitability of these systems, making the adoption of this technology more attractive to producers. All the main physical performance indicators evaluated such as milk production per cow, milk production per hectare, pasture grazed per hectare, or milk solids per full-time equivalent were similar between both systems.

The AMS farms had higher overhead costs such as depreciation, repairs and maintenance; however, no differences in total labor costs were observed between both systems. Profitability, measured as earnings before interest and tax, operating profit margin, and return on total assets, was not different between AMS and CMS.

Opportunities for improving pasture utilization, labor efficiency, and robot utilization in AMS farms were identified. Improving efficiency in these areas could improve productivity and profitability of these systems, and therefore increase the interest of this technology. 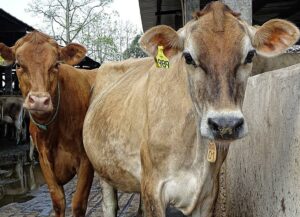 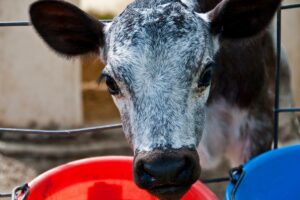 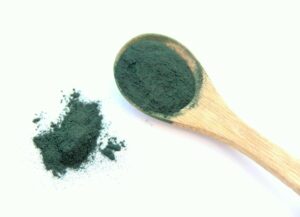