Effects of metabolomics on ruminal biomarkers in milk production

Metabolomic studies are enabling the search for new biomarkers for diagnosis and prediction of performance in dairy cows. One of the most interesting features of metabolomics is the ability to analyze samples comprehensively and quantitatively, which makes it a useful technique for dairy cattle studies. In addition, it allows to address the correlation between the microbiome and rumen metabolites and its effects on milk production.

A recent study conducted at the Chinese Beijing University of Agriculture (Zhang et al. 2020) investigated the correlation between ruminal fluid metabolites in dairy cows with different milk yields for potential production biomarkers. Sixteen lactating Holstein cows were assigned to two production groups: high (HI: 32 kg/d) and low (LO: 19 kg/d). Based on the analyses for ruminal parameters and production, the researchers observed the following:

Rumen pH was similar between both experimental groups. The proportion of volatile fatty acids, however, was higher in the HI group. As expected, dry matter intake was higher in the HI than in the LO group. However, milk fat and protein increased in the LO compared to the HI group. The lactose content and somatic cell counts were similar between both groups.

A total of 366 metabolites were detected in both groups of cows but mainly glycero-phospho-ethanolamine, fatty acids, amino acids, peptides, carbohydrates and pyrimidin. Both HI and LO groups were characterized  by metabolic alterations combining the data using main component analysis and orthogonal analysis.

Orthogonal models indicated 54 different metabolites found in ruminal fluid samples from both groups. In the LO group 24 ruminal metabolites increased and 30 decreased. In addition, alterations in the content of carboxylic acids and their derivatives were observed, such as the increase in pyrrol and fluvastatin in both groups.

Different milk yields in lactating cows showed changing metabolite responses in hierarchical grouping analysis, with increases of metabolites in the LO group such as 3-hydroxyantranyl acid, L-lysine, thymine and uracil, compared to the HI group such as glycerophospholipids, prenol lipids and organooxygen compounds.

In the present study there was an alteration of the metabolic pathways for milk production between both the high and low yield groups. The topology analysis determined an alteration of three metabolic pathways: protein digestion and absorption, ATP-dependent transporters and unsaturated fatty acid biosynthesis. The ruminal microbiome and the specific ruminal bacteria (Firmicutes, Actinobacteria and Synergistetes phyla) were highly correlated with the rumen metabolites.

In summary, this work demonstrated a clear difference in ruminal metabolites in high- and low-production dairy cows. It was demonstrated that the association of metabolites with the ruminal microbiota affects the function of the metabolic pathways, which could alter the ruminal fermentation and as a result, milk components. 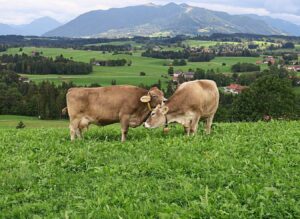 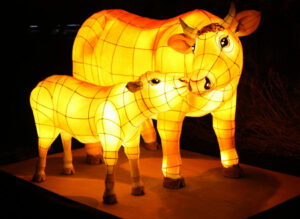 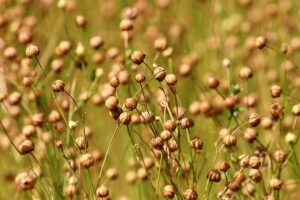