Excessive use of antibiotics has led to high resistance rates and also to alterations in the body’s microbiota that can have prolonged negative effects on the immune system or metabolism in general.

Antibiotics are used in the livestock industry as prophylactics; animals however may also be exposed through waste or discarded milk, which cannot be sold because it contains antibiotics or other drug residues. While feeding calves waste milk has benefits it also poses risks such as the potential exposure of the immature intestine to viable antibiotics.

A group of researchers from the Virginia Tech Dairy Center (Feng et al., 2020) conducted a study to assess the effects of feeding waste milk containing pyrlimicin on the prevalence of antibiotic resistance genes (GRA) on the fecal microbiome of calves.

A total of 10 one-day-old calves were divided in two groups: the control group receiving whole pasteurized milk and the treatment group, which received pasteurized whole milk with 0.2mg/l pyrlimicin. Fecal samples were collected from sand bedding on days 1 (pretreatment), 42 and 84. A metagenomic approach was used to detect antibiotic resistance genes in feces.

Metagenomics is a new field of genomics that consists of obtaining genome sequences from the different microorganisms that make up a community without isolating them individually. This allows information to be obtained not only from the structure of the community (diversity, distribution, etc.), but also the function of the microbial genes that make up it.

Among all the sequences encoding different cellular functions a significant effect of pyrlimicin treatment was only observed in the category “phages, prophages, and transposable elements”. This sequence was more abundant in the feces of the treatment calves than in those of the control group.

Transponsable elements are DNA sequences that move from one location to another of the genome and contain many types of genes, including those that confer antibiotic resistance. This result implies that pyrlimycin increases the susceptibility of the gut microbiome to the transfer of antibiotic resistance.

There were no treatment effects on major types of antibiotic resistance. Sequences encoding tetracycline resistance were dominant in both control and treated calves, this was expected since tetracycline-resistant genes are widely distributed in the environment.

Weather effects were observed in most GRUs: there was less GRA on day 84 than on day 42, indicating that the effects of antibiotics on antibiotic-resistant fecal genes or bacteria may be transient.

Effects of pyrlimicin on the fecal microbial community

The impact of the antibiotic treatment was investigated at the taxonomic level on the relative abundance of all prokaryote phyla that accounted for more than 0.01% of the total community in both groups. Six phyla, including Firmicutes, Bacteroidetes, Actinobacteria, Proteobacteria, Fusobacteria and Cyanobacteria met this criterion. No pyrlimycin effects were observed on the abundance of these phyla.

Administration of whole milk with pyrlimycin (0.2 mg/1) to calves did not produce effects on bacterial sequences associated with different cellular functions, except in the category of “phages, prophages and transponsable elements”. The increase in this category in the feces of treated calves suggests a possible greater susceptibility of the gut microbiome to the transfer of antibiotic resistance. However, at the concentrations studied and evaluated in isolation (there were no other antibiotics), pyrlimicin in waste milk had no effect on resistance to the main types of antibiotics and antibiotic resistance genes specific to lincosamide. 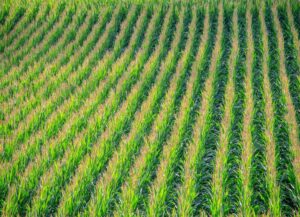 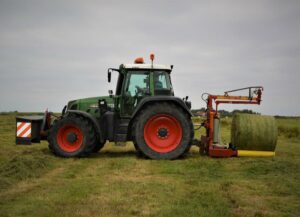