Playful behavior of heifers can be measured with accelerometers

Playing could be defined as a set of spontaneous activities, usually associated with pleasure, that do not immediately or directly influence the survival of the animal that practices them. Most of the playing behaviors of growing animals however serve to develop skills that do have a direct effect on their ability to survive in the future. The complexity of this activity makes playing a virtually unique behavior of mammals, whose nervous system is more developed than that of other higher organisms. It seems however that it also occurs in some birds and even behaviors that could be associated with playing in reptiles, amphibians and fish, mainly in captivity.

Consumers are becoming more aware of everything about animal welfare every day. During the dairy growth period, play behavior could be used as an indicator of the level of animal welfare, as it decreases when negative situations such as pain or hunger occur and increase in positive contexts.

How can playful behavior be measured?

Measuring the level of play is quite complicated, as it is a behavior that manifests in irregular episodes and may not occur for days. If the measurement is based only on observation, it requires a lot of working hours, so ideal for its monitoring it the use of automatic devices such as accelerometers. It is necessary however to validate the measurements of these devices to see if they correlate with the playing behavior of the calves.

A Czech study published in the Journal of Dairy Science studied the correlation between data collected by accelerometers attached to the rear leg of 48 Holstein-Friesian calves (20 females and 28 males) housed in groups of three animals in 10.1 m2 pens, with a camera recording observation. Behaviors that were monitored as playful behaviors were running, flipping, and kicking.

Playing events recorded using accelerometers were ranked into real and non-real events, comparing the logs with direct observation by video recording. Although the use of accelerometers made it possible to differentiate whether the calves were lying down or standing and identifying play events on 79% of the occasions they occurred, measurements of these devices overestimated the frequency of playful events by 200% (of 304 recorded events, only 102 were actual play events, as observed in video recordings , while 202 turned out to be false positives).

However, the correlation between the number of play events recorded by direct observation through video recordings or by accelerometers was very high, reaching the 0.91 measurement with a Pearson test (maximum of which is 1).

Under the conditions of this study, it can be said that the measurement of playing events with accelerometers allows to estimate the difference in individual behavior between the animals and their overall level of play, relating it to their level of well-being, even if it is not necessary to determine the actual number of these events. 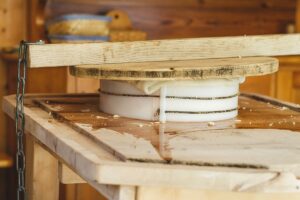 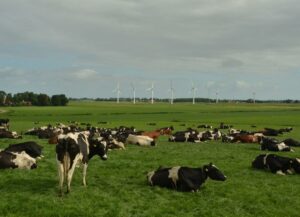 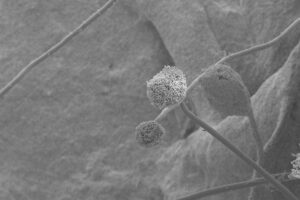